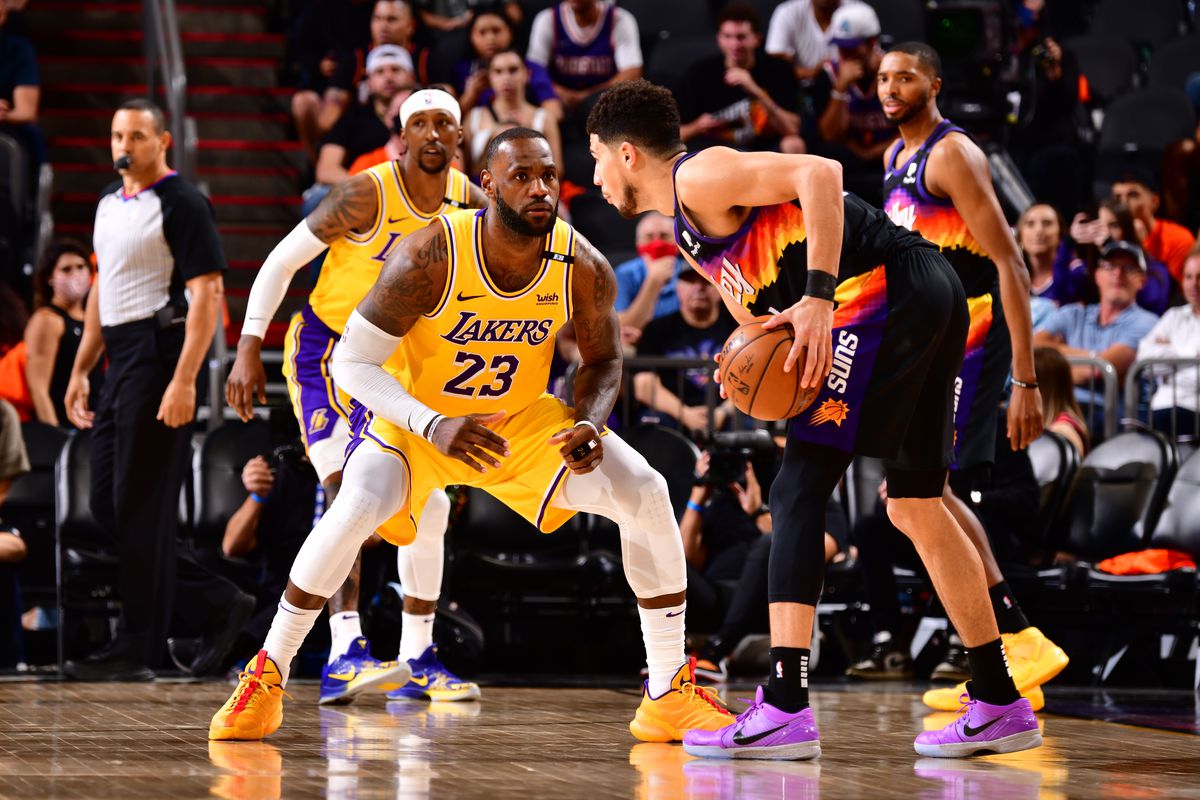 The King has fallen, Phoenix rises

For the first time in his eighteen-year career, a LeBron James led team has lost in the first round of the NBA Playoffs.

LeBron led the way for the Lakers with 29/9/7/2/2, but they were still unable to overcome the missing presence felt by the loss of Anthony Davis early in the first quarter.

Phoenix came out strong from the jump, scoring thirty-six in the first quarter - with Devin Booker having twenty-two, including six three-pointers.

This marked just the beginning of a special night for Booker who had a career-high eight three-pointers made, and a playoff career-high forty-seven points.

Phoenix fans can rejoice now knowing that their first playoff appearance since 2009-10 is one that sees them advance past the first round.

Booker stated in the postgame interview: “I've been working my whole life for this moment, so it wasn’t time to shy away from it.”

This win - or Phoenix’s success in the regular season - surely wouldn’t have been possible without the addition of the savvy veteran Point Guard Chris Paul in the offseason, who’s success has clearly been noted by many in the numerous calls for him to win this year's MVP award.

However, despite Paul's heroics for Phoenix during the regular season, his potential impact on their playoff run appeared to be in doubt following an injury to his shoulder in Game 1, drastically affecting his dribbling and shooting throughout the series - with Paul double digit points once, 18 in a Game 4 win to tie the series 2-2.

Yet Paul was able to rise above his injury to continue to lead his new team. Starting every game - and playing more total minutes than all but two of his opponents, LeBron and Dennis Schröder - Paul used his veteran playmaking skills and feel for the game to lead his team with 7.7 assists per game in order to help power their offence past a stout Lakers defence.

Paul made it clear how he would not let this injury affect his mindset or ability to support his teammates when they needed him the most, stating via ESPN: "It is what it is: You control what you can control.

"I know I do everything on a daily basis to prepare myself to be ready to play. When things happen, they happen. You gotta overcome it and get through it."

But despite the triumph of Phoenix in this series, it is still LeBron and the Lakers who are being heavily discussed.

For the first since 2010, LeBron has lost a playoff series before the Finals. And for the first time since 2006, the NBA Finals will not contain either LeBron, the Lakers, or the Golden State Warriors.

Is this a sign of a changing of the guard in the NBA as many critics believe it to be?

LeBron reflected on this, among many insight topics, during his Game 6 postgame press conference, stating: “There’s some young guns in the game - Book, Donovan Mitchell, Luka, Ja Morant - so many guys who are twenty-three and under who are flat out special - that was just to name a few, Jayson Tatum, let me not forget him, how special he is. Those guys are great and the game will be in good hands with guys like that.

LeBron went on to state how: “The season started so fast after leaving the bubble obviously, I was talking to Wes(ley Matthews) in the locker room just a few minutes ago and I said, you know, the one thing that bothered me was we never got to see our full team at full strength because of injury or covid, we could never fully get into a rhythm and never really see the full potential of what we’re capable of. But all in all I give my hat off to everyone on this team who showed up every day to work, showed up every day to compete, showed up every day to put in the time and effort.

“In the offseason I got an opportunity to rest, we've got like three months to recalibrate, to get my ankle back to where it was before the Atlanta game [on March 20th]. That’s the most important thing for me.”

With this, Lakers faithful - and NBA fans as a whole - can rest easy knowing ‘The Chosen One’ views this playoff loss as just a small setback, rather than the end of his long reign over the NBA.

Whilst LeBron explained how he plans to use his now extended offseason to prepare for a comeback season in 2021-22, he made sure to give credit to the Suns for their performance this season: “I also want to shout out Phoenix too, Monty Williams, Book, they were excellent this series, much respect to them.”

Now, Phoenix begin to prepare for their second round matchup against the Denver Nuggets, set to begin on Monday 7th June.

Will the Suns be able to match the success of their last playoff run in 2009-10 that saw them reach the Western Conference Finals, before falling in six to the eventual Champions, the L.A. Lakers?

No one knows yet, but it's clear Phoenix’s mix of smart veterans with playoff experience - Paul, and Jae Crowder - and their young stars eager to prove themselves - Booker, Deandre Ayton, Mikal Bridges - have the right mix of entertaining basketball and success so far this season to keep fans eagerly watching their playoff run

The King has fallen, Phoenix rises