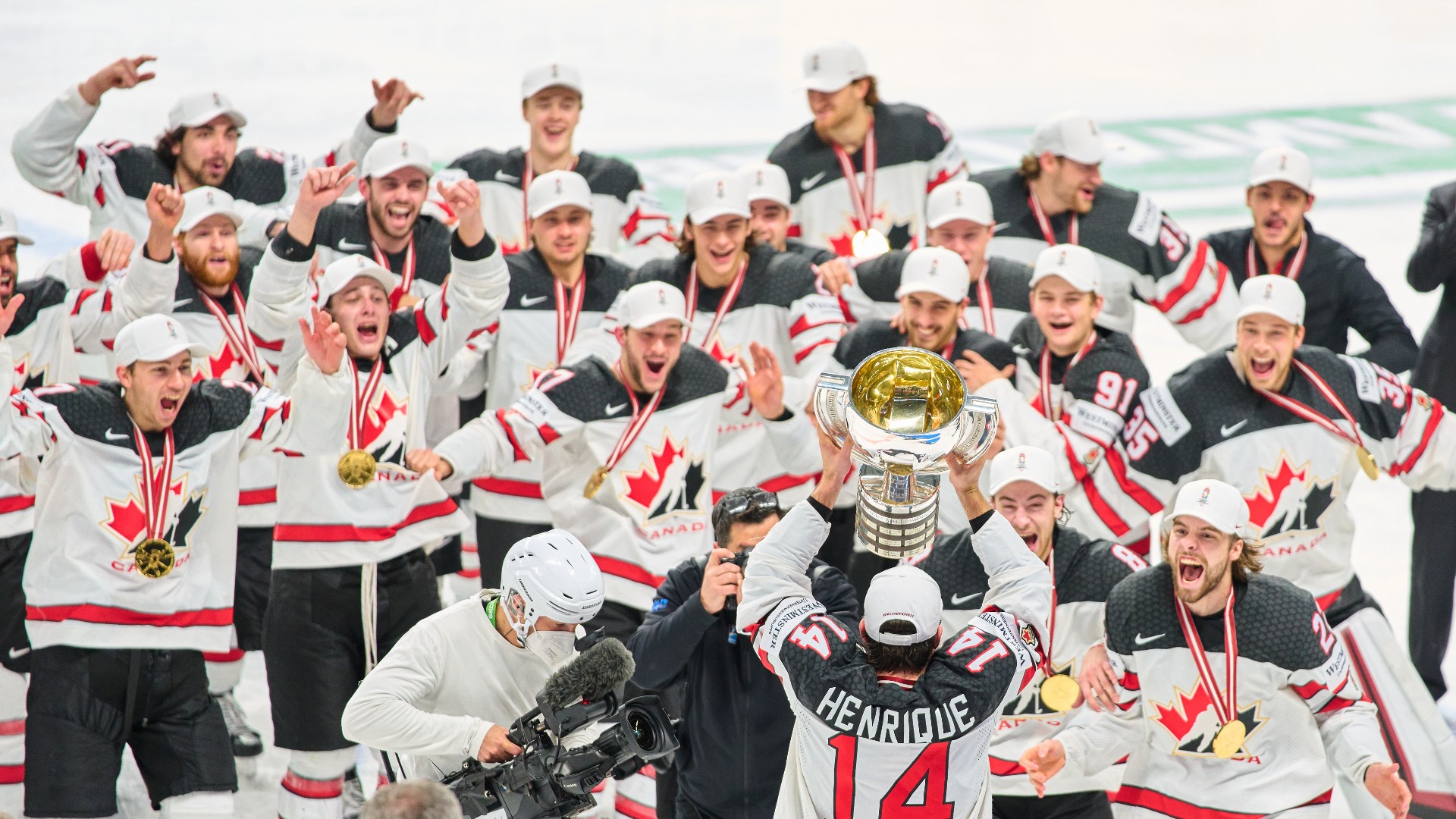 Canada equalled the record for the most International Ice Hockey Federation (IIHF) gold medals with a 3-2 OT win over Finland last night.

Canada’s twenty-seventh gold medal has tied them in first with Russia - now being represented as the ROC (Russian Olympic Committee) - for most Gold medals in IIHF history, previously having won twenty-two Golds as the Soviet Union, and five as Russia.

This win extended Canada’s lead in total medal count at the IIHF Championship to fifty-one, with Russia and Sweden tied second with forty-seven.

However, the Canadian team’s first three games at this year's IIHF Championship were not how the 2019 silver medalists had hoped to start their campaign.

A 4-2 victory over Norway sparked the Canadian side's push to make the knockout rounds - with them winning three of their final four games.

During this stretch, Canada had victories over Kazakhstan (4-2), and Italy (7-1), with the only loss being in a tense 3-2 OT shootout against Finland - following regulation time ending tied 2-2.

Canada faced Russia in the quarter-finals and was able to remain standing in the 2-1 OT win to advance to the next round.

In the semi-finals, Canada found themselves up against another familiar opponent - Team USA.

Canada showed their usual dominant form in the 4-2 win that saw them never fall behind after establishing a lead early in the second period, showing clearly the improvement the team had made since their loss to this side in the group stages.

This finalised a rematch of the 2019 IIHF Finals in this year's Championship - a game in which Canada had lost 3-1 to Finland, taking home the Silver medal.

This matchup came just five days after Finland had beat Canada in their final group stage game, putting them at risk of not advancing.

Now, after their comeback run in the knockout stages, the Canadian team wanted to prove that they wouldn't let Finland beat them a third consecutive time in international competition.

After a tense end of regulation play, the score was level at 2-2, with Canadian Forward Adam Henrique scoring the tying goal midway through the final period.

A pair of Senators teammates worked together to provide Canada with the clinching goal in the 7th minute of overtime, with Forward Nick Paul carefully placing it past the Finnish goaltender after a pass from Brown - his third assist of the night.

Brown’s sixteen points - two goals and fourteen assists - ended up leading the tournament, as well as being tied second for highest assist total in a single tournament run IIHF history, and most in the last thirty years - Vladimir Petrov hold the top spot with sixteen assists in 1973, with the second spot being a four-way tie between Petrov (1977), Sergei Makarov (1986), Valeri Kharlamov (1973), and now Brown (2021).

Fellow Canadian’s Henrique and Andrew Mangiapane finished tied third in points at the tournament with eleven each.

Mangiapane was awarded the IIHF tournament MVP for his eleven points - seven goals and 4 assists - being crucial in Canada’s seven game run to finish the tournament, having missed the team’s first three games due to commitments to his NHL team, the Calgary Flames.

Canadian head coach Gerard Gallant praised his side, stating via Sportsnet: “Obviously we were in a deep hole early in the tournament but we kept getting better and better. Tonight was an exceptional game and Finland is a great team.”